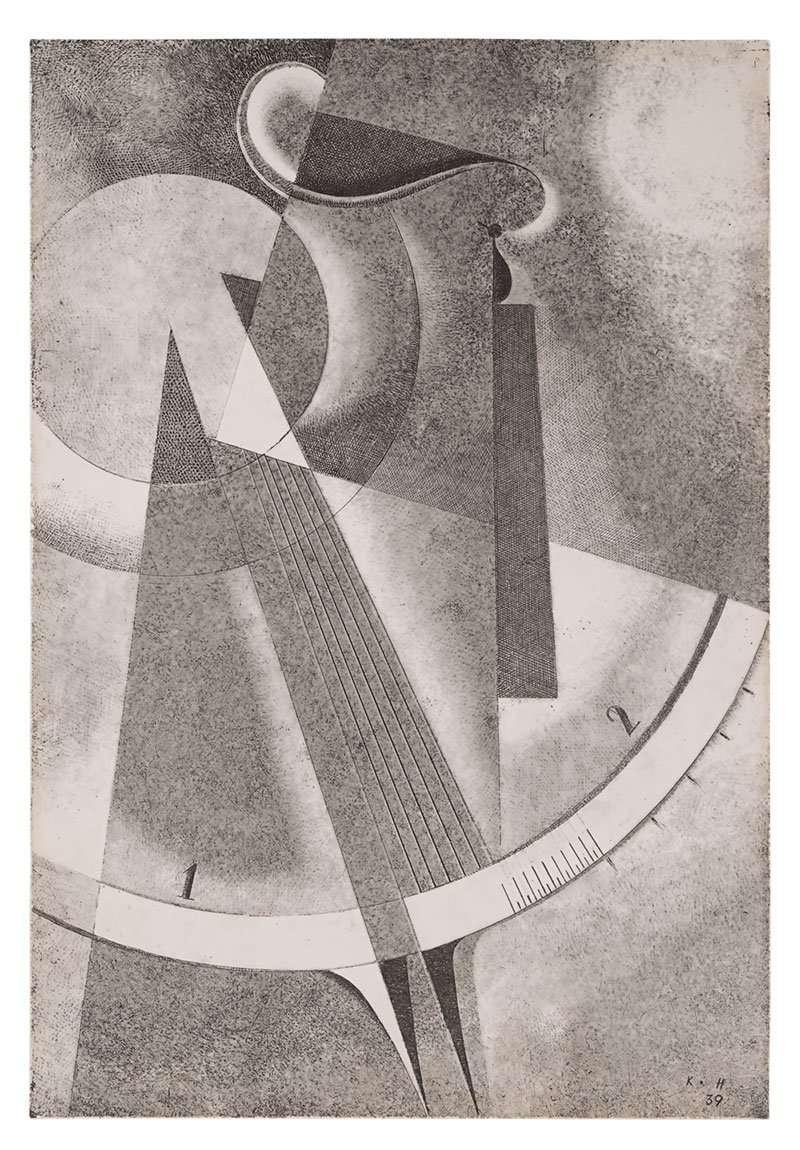 This composition is an example of a transposition to the heliographic medium of Karol Hiller’s earlier interests evident in his paintings (Board with Spiral, 1928); Board 0, 1928). The prevailing assumption would seem to be correct, that here the artist uses the language of abstraction to create an unconventional representation of a metronome. In using such a seemingly innocent motif, Hiller against confirms his interest in the problem of the relationship between images and sounds. Yet the suspicion inevitably arises that this composition is not merely an ordinary illustration of a device used to mark the temp and the beat of a musical work. For the mechanism shown helps a strict teacher enforce a certain rigour and discipline. It is oppressive in nature, especially in that when its fundamental element, the pendulum, passes through the middle position, it emits a characteristic noise that is quite loud and unpleasant. The disturbing, ambiguous character of this motif is confirmed by the fact that the metronome also appears as an important element in the work of Man Ray and Claude Cahun. The surviving positives were printed in various ways, and thus appear in several variants.