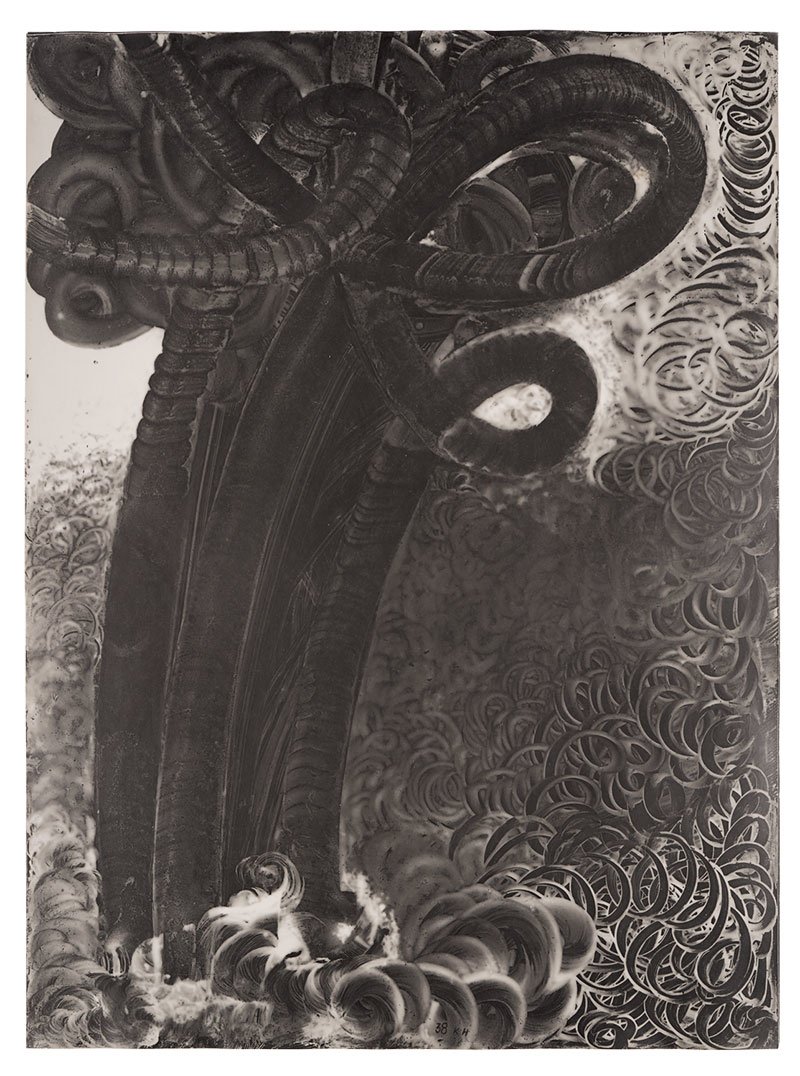 The bow appears extremely frequently as an important compositional element in works by Karol Hiller. The artist was fond of crooked and strongly curved lines, designating them a dominant visual role in his works. They could sometimes even resemble floral details found in nature. In this work, however, the twisting, curving line takes on an entirely new meaning. The artist makes use of a formal process that is perfect in its simplicity (the multiplication of small, overlapping spiral forms) in order to portray the destruction and conclusion of a certain chapter in the history of the world. The composition of devoid of all those Constructivist aesthetic elements that once appeared in Hiller’s works. In this dark landscape, there is no human figure, only shadowy forms that testify to the decay – the ruins of civilization. Hiller combines his own horror vacui – so typical in the tradition of graphic representations of apocalyptic scenes – with a lyricism, and the need to describe events metaphorically. He therefore uses a language similar to that of such artists as Odilon Redon and Charles Howard. Hiller heralds the onset of the State of the Dead by showing an enormous explosion, during which a mighty monster gradually emerges from the abyss. Other viewers see that the total destruction is being carried out by a whirlwind. This devastated landscape stands as a graphic prognostication of a situation that Tadeusz Gajcy would later describe in his poem To Yesterday’s:

… they covered by clouds like the spheres of dandelions
and the wind, which had believed someone – gave kisses to the dead.