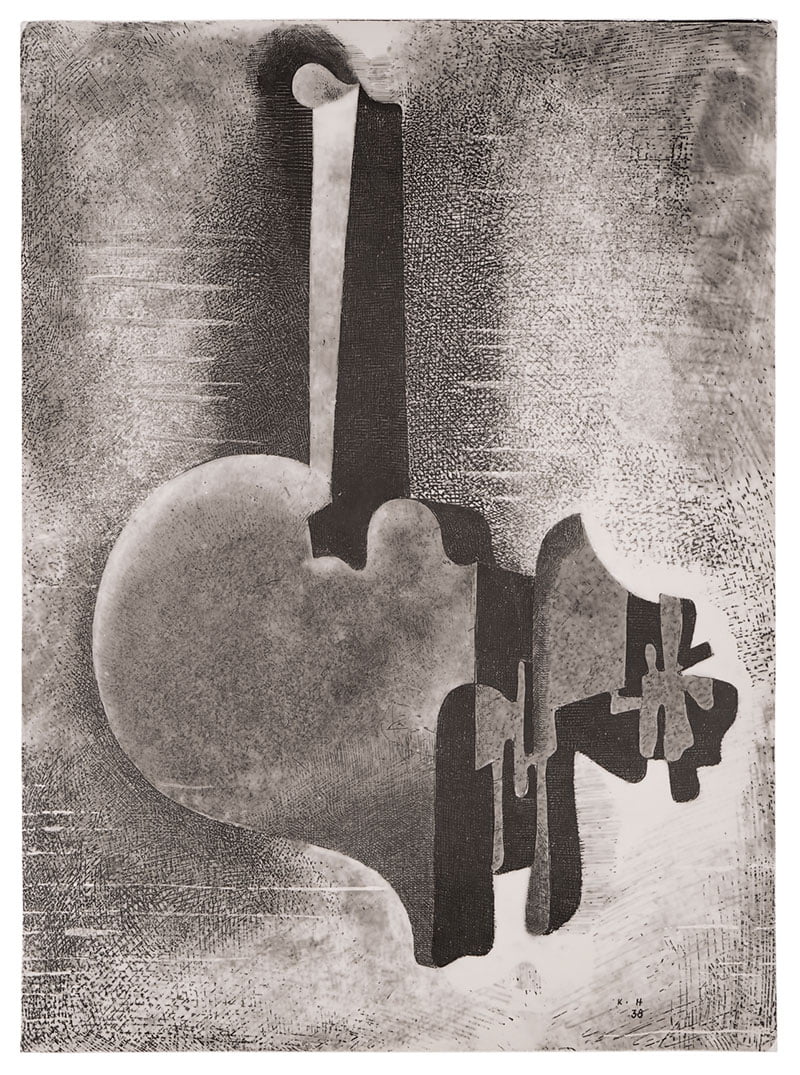 The main element of the composition is usually perceived as a strongly deformed musical instrument (guitar). That interpretation would place the work among those attesting to Hiller’s interest in the problem of depicting various sounds, of hearing forms – taking simultaneous delight in the visual and the aural. Yet, by connecting the forms, by examining the supple, organic lines and characteristic excision, we can perceive a schematic representation of a heart. There is a distant analogy (which, however, shows the parallel landscape of artistic imagination) with the characteristic, strongly synthesised amulets of ancient Egypt. Hiller’s work therefore fits within the avant-garde, fascinated by corporality as an integral, inevitable element of the human individual – a category closely related to one’s identity. As an important point of reference, it is worth recalling the Reliefs of Charles Green Shaw. In his works, Shaw also struck a balance between abstraction and biomorphism, opening new vistas for iconographic references from various areas (not only representations of the mechanics of the human body, but also the floral world). Hiller’s composition features a main object that occupies the centre of the picture, but its surroundings and the background are given a very interesting treatment. The rich scale of values and varied hatching amplify the visual tension of the scene. Hiller employes similar processes in his graphic work as early as the 1920s. Georg Muche (1895-1987), a German artist connected with both the Der Sturm group and the Bauhaus (whose works appear in the Art Institute of Chicago, the Detroit Institute of Arts Museum, etc.).