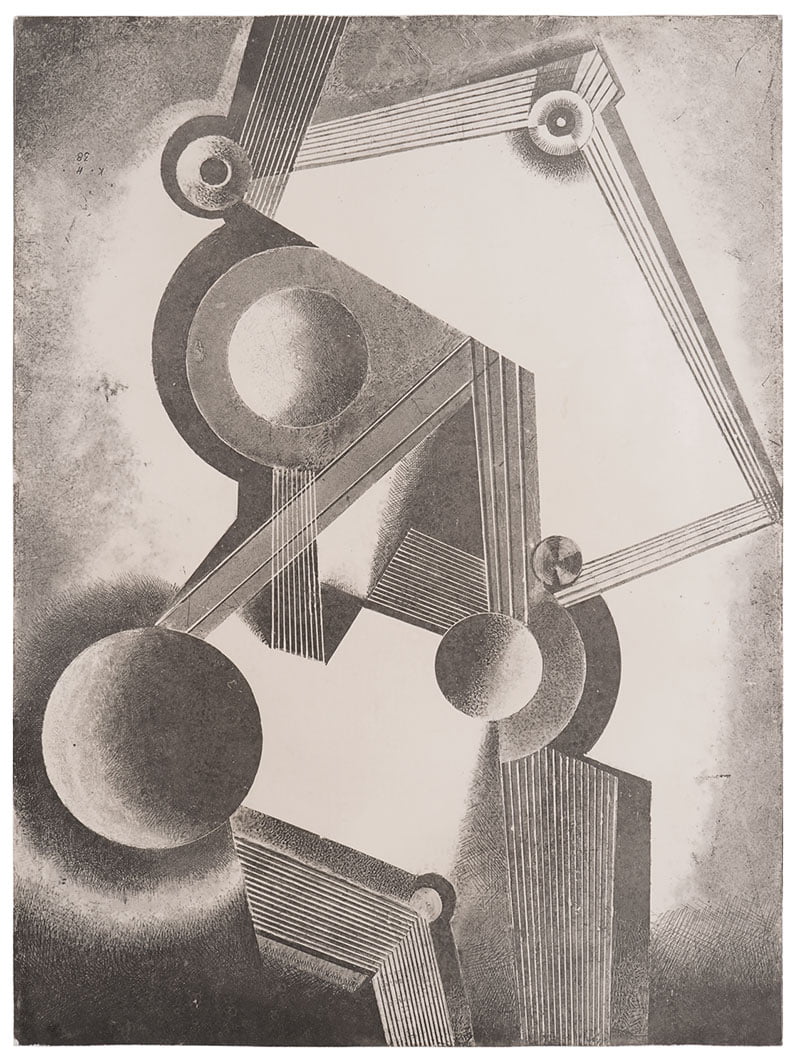 Here Karol Hiller uses a range of abstract forms (consisting of circles and stretches of parallel lines) to create a monumentalised constellation of springs, rivets and connectors. In many respects, this composition is reminiscent of Stanisław Notariusz’s linocut Machines. In his work, Notariusz showed both the industrial landscape of Łódź and details of industrial structures themselves (works in the collection of the MAL). In Hiller as well, hinges can be both construction elements of measuring devices and joints in strongly deformed human figures. Seen against other, definitely disturbing works, this composition cannot be interpreted as an apologetic hymn to industrialisation. The mysterious cosmogony of the machine is rather inauspicious in nature, like the well-known canon by Raoul Hausmann, The Mechanical Head (Spirit of Our Times). Hiller’s work is ideologically closer to that of artists from the first decades of the 20th century who were very much immersed in social and political unrest (Francis Picabia, Morton Schamberg). The surviving positives were printed in various ways, and thus appear in several variants.