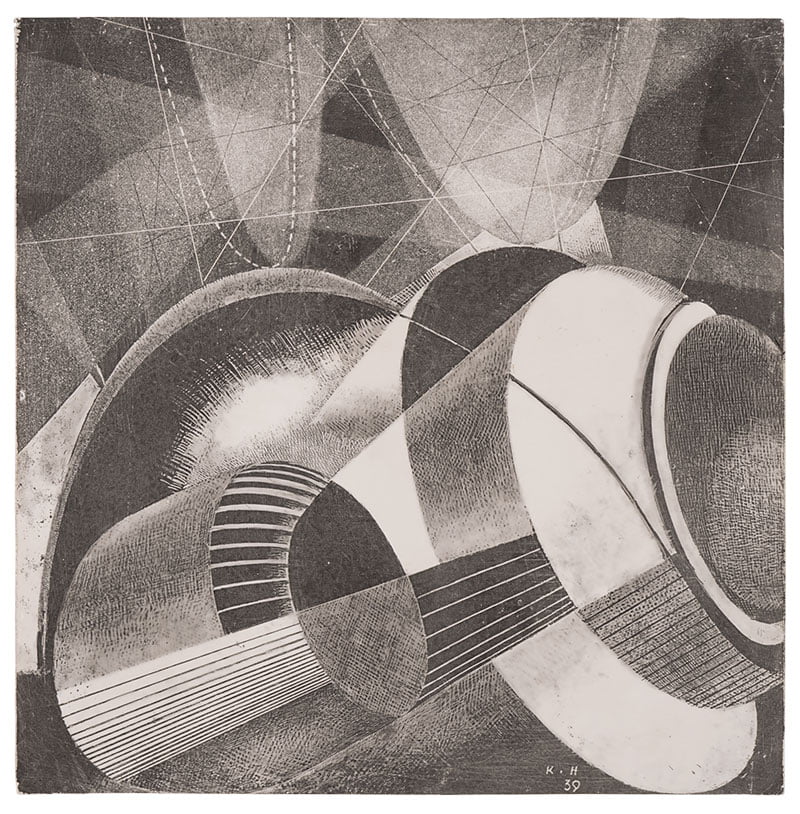 The power of this piece derives from a multiplication of forms and their rhythmic treatment. There are echoes not only of Constructivism (whose ethos involved developing arrangements of various geometricised forms) but also of Hiller’s interest in the problem of presenting the abstract world of sound visually. The composition can thus be read as a kind of pendant for composition XXIX. The forms created by Karol Hiller display a kindship with the real world on a number of levels. The artist offers motifs that can suggest not only industrial chimneys, but also musical instruments. The meticulous hatching gives rise to shapes that resemble metal drums. These, in turn, are penetrated by delicate, even lines suggesting the power of music.