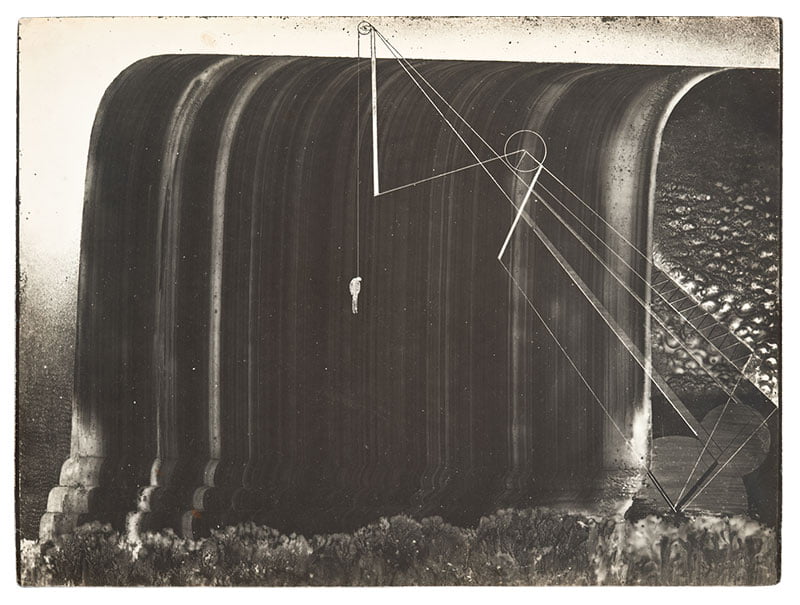 The majority of the picture space is taken up by a formation resembling a hill with a sudden, steep slope. Water seems to flow from the rocks and gather at the foot of the hill. Against this dark cascade, Karol Hiller masterfully indicates subtle white lines. This thin, silvery threads suggest the strings of a harp or elements of an openwork architectural structure. Yet these mysterious lines and circles do not form an apologetic vision of modernity. The spectacle of the element of water constitutes a setting in which is played out the drama of the individual caught in the pincers of a machine of destruction. The geometric forms, combined with the dynamic line, form the instruments of death – at once both beautiful and horrific.