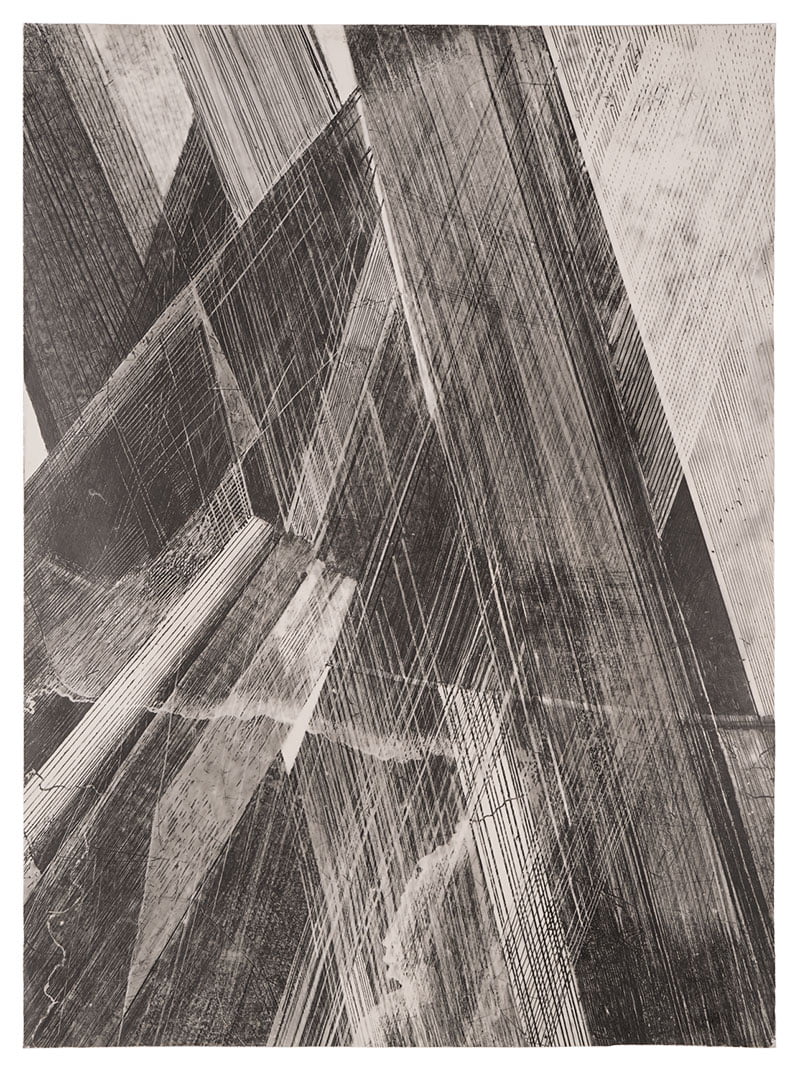 This composition is an example of Karol Killer’s interest in raw, radical abstractionism. These searchings, then, are situated at the opposite pole from his fascination with organicity. The compositions proves the artist’s exception skill at obtaining a graphic tension and dynamism based on form that is unusually minimalistic, even purist. Here, Hiller focuses on a dynamic spectacle of intersecting lines. In contrast to many other of his heliographs, in which the compositions are often based on patches or changes in value, here the emphasis is placed on the power of pure line. The crystalline forms are somehow reminiscent of the works of Jerzy Hulewicz or Jacques Villon (the brother of Marcel Duchamp).